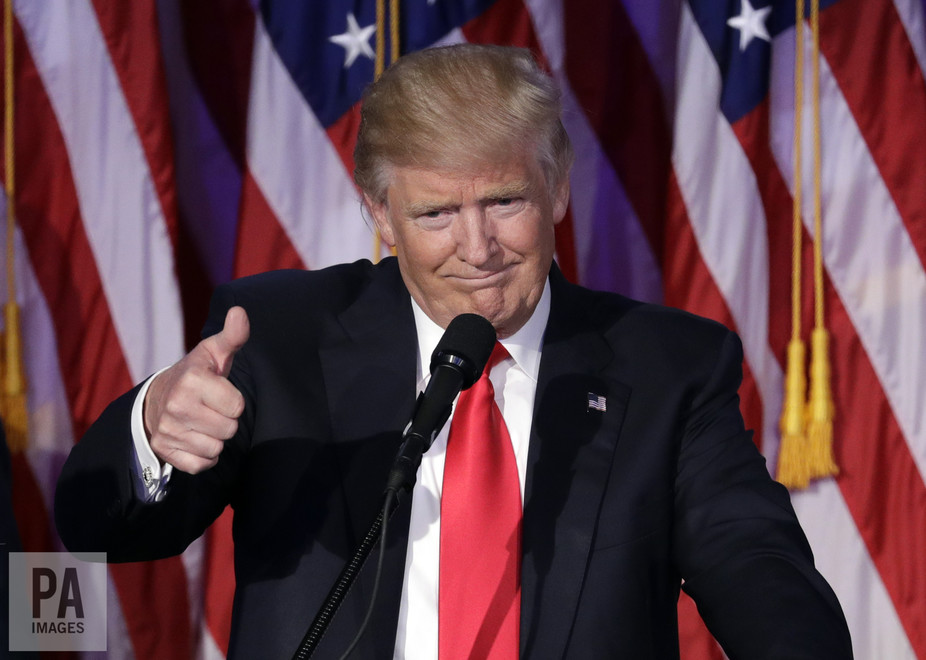 This is not a moment when considered analysis or reaction comes easily. But this piece makes a pretty good stab at attempting to understand the phenomenon that is Donald Trump. As Liam Kennedy suggests below:

‘Trump embodies that most American of American archetypes: the huckster or “confidence man”, a figure with a long history in American culture, dating from at least the early 19th century. He is a charlatan whose schemes invariably fail. In the end he skips town, leaving those he has scammed to learn their lesson…..

Right now, Trump’s victory should remind us just how fragile the social and political order we take for granted is – and how quickly an advanced democracy can be dragged into barbarism.’

After poisoning and dividing America, Donald Trump has won an ugly victory

It’s over: Donald Trump will be the 45th president of the United States. The election that elevated him to this office has been brutal, ugly and bizarre. It has poisoned the well of American democracy, and the toxins it has introduced are unlikely to disperse anytime soon.

Trump has eagerly led a mass abandonment of civility and reason, breached social proprieties and political protocols, and normalised prejudice and brazen dishonesty.

The nation is now so divided that Democrats and Republicans are unable to agree on what constitutes factual reality. Dark rhetoric implying violent retribution against “certain groups” courses through the air. How did it come to this? When historians look back at this election what will they make of of the Trump campaign and its legacy? Will it be remembered as a one-off, or will they pronounce him an agent of a revolution in the Republican Party – or indeed, in America at large?

In truth, the sickness this election has brought to the surface has been brewing for a long time. Trump is a symptom, not just a pathogen. He has shown a genius for channelling the grievances and insecurities of those disaffected by economic and social changes in the US – primarily, though not solely, working-class whites. With this uncanny skill, he has magnified a form of identity politics the Republicans have long been using to appease and mobilise their base.

This experiment in political engineering began in earnest back in the early 1990s. It was until recently an insidious thing, usually advanced via dog-whistle tactics. Trump has picked it up and turned into a blunt instrument as he doubled down on his pursuit of a core white vote and eschewed any serious appeals to minorities.

But on a structural level, Trump’s victory is every bit of a piece with the way American politics now works. There’s abundant evidence that the choices of the US electorate are increasingly shaped by demographics, but there are underlying cultural dynamics at work too. This picture of extreme divisions is why getting out the core vote, rather than changing wavering voters’ minds with earnest appeals, is the ultimate device for winning an election.

The resulting focus on polarised core groups has exacerbated the crippling polarisation that wracks the US today – and the increasingly intense contempt in which Democrats and Republicans hold each other. Again, Trump did not create this divisive partisanship, but he has eagerly inflamed and manipulated it to his own ends.

None of this means he will in fact serve the interests of the people who’ve elected him. Trump embodies that most American of American archetypes: the huckster or “confidence man”, a figure with a long history in American culture, dating from at least the early 19th century. He is a charlatan whose schemes invariably fail. In the end he skips town, leaving those he has scammed to learn their lesson.

The confidence man is often a comic figure. He crops up in Herman Melville and Mark Twain’s satirical depictions of a rampantly commercial republic. Sometimes he’s no more than a fast-talking, comic disrupter – think Sergeant Bilko or even the Cat in the Hat.

Would I lie to you? EPA/Jim Lo Scalzo

But the confidence man comes in darker manifestations too. He not only plays with other people’s trust, he abuses it to rob or demean them. Tricksters like Trump tell people what they want to hear, articulate desires not commonly expressed, and capitalise on their gullibility.

The Trump campaign was just such a trick. The disaffected and angry among the American electorate are Trump’s mark, his suckers. All he asked was that they trust him.

To his supporters, enraged by a dishonest, manipulative “Washington”, Trump “tells it like it is”. Many of them have lost faith in public institutions, and despise the country’s elites – and yet, in their search for an honest champion, they have gladly invested their confidence in Trump.

Never mind the gridlock that has dogged the government during the Obama administration – what’s coming now will be deeply ugly. Trump’s campaign has radically upped the ante for distemper and dysfunction. The Republicans, who apparently still hold both the House and the Senate, will continue to throw red meat to Trump’s angry base. They might do well to recall Trump’s own idea: “You’ll have to have riots to go back to where we used to be, when America was great.”

Trump is an opportunist, not an ideologue – and he certainly isn’t driven by deep political convictions. Some claim he didn’t actually intend to make a protracted and successful run for the presidency, that he was seeking to promote his brand on the cheap, and that his ego simply took over once he was hijacked by his own success. Perhaps – but this overlooks the fact that he several times considered a tilt at the presidency, and it probably overstates just how much his campaign relied on improvisation and happenstance rather than something genuinely knowing.

While many found Trump’s approach risible even to the end, it was strikingly effective from the off – and, while he stumbled many times, the underlying instinct to “go low” became a distressingly effective strategy.

What’s the lesson of all this? The historians will one day be able to offer a longer view on that one. Right now, I suggest that Trump’s victory should remind us just how fragile the social and political order we take for granted is – and how quickly an advanced democracy can be dragged into barbarism.