EU referendum: the paradox of true sovereignty points to Remain 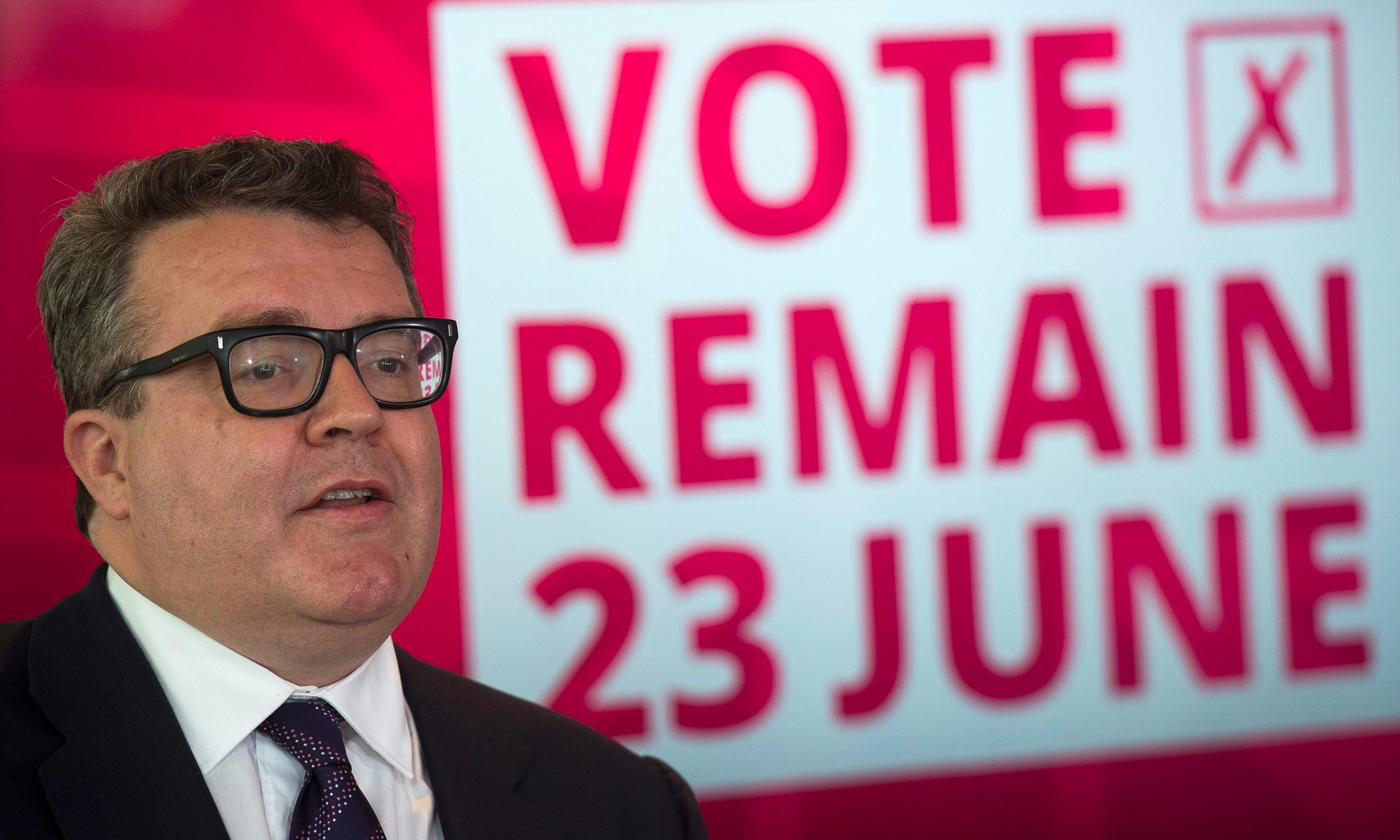 The paradox of true sovereignty points to Remain

The EU provides a means to exercise more control of international capitalism no individual European nation has the power to exercise. It’s paradoxical but critical: sovereignty is dependent on an economy and order over which no nation is sovereign

Legal national sovereignty runs into the limits reality imposes. The ‘national’ economy any government has to tax is only national as far as tax is concerned. Bar North Korea ‘national’ economies are integrated parts of a global economy. Money moves fluidly around the globe only residing temporarily in any particular nation. Nation states own significant portions of global capital concentrations, especially in land, property and mineral resources. But the majority of global capital is not owned by states. Individuals, private pension funds, the private sector, multi-national corporations and international banks own most of the global wealth. Even labour is increasingly trans-national. The nationalist desire for sovereignty obscures this simple reality. Sovereignty is dependent on an economy over which the nation is not sovereign.

This creates a paradox. To develop more real world sovereignty, in the form of higher tax revenues to spend on democratic national priorities, the nation-state is dependent on its tax take of a global economy over which it is not sovereign. If people want the benefits of the higher tax revenues and personal incomes that come from free trade, the nations in which they live cannot be economically sovereign. The historical track record of isolationism has proven the two to be incompatible. This can be seen in the contrast in the quality of public services and personal incomes between isolationist North and trading South Korea, or between isolationist Cambodia under the Khmer Rouge and Thailand.

So ironically the economic sovereignty associated with nationalisation can have the inverse effect when the state ends up with less money to spend on public services as a consequence. The nationalised UK car industry, British Leyland, proved a drain to the public exchequer. The private sector West German car industries have contributed huge amounts of tax revenues to fund the real expression of democratic West German sovereignty in universal public services. Part worker owned businesses, like John Lewis, have also proved more successful in generating innovation and productivity than state owned ones.

There is a strong correlation between the size of all countries’ GDP/capita and the percentage of the national economy that is taken in tax. Poor countries, defined by a $5,000 GDP/capita, generally have a tax take of below 20% of GDP. Rich countries with $20,000 GDP/capita generally have tax takes of over 30% of GDP. This high tax take allows governments in rich countries to pay for more universal and higher quality public services. In Europe the figure for the average tax take is closer to 40% of GDP, and interestingly this varies little according to left or right governments.

Poor countries cannot afford to pay for infrastructure and universal health and education provision because their tax-take per capita is below $1000 per year. Generally this is not enough to pay for universal and free public services. The quality of the performance of their statehood in these respects is compromised by how small their tax revenues are to pay for them. By contrast rich countries average $8000 per capita tax take, is enough to pay for the expression of sovereignty in public services that are demanded in national democratic processes, as well as pay for the military defence of that sovereignty.

Paradoxically the higher tax revenues, that come in part from the absence of economic sovereignty free trade implies, gives us meaningful sovereignty – the tax revenues to spend on publically funded services and security. When the EU, or the WTO, debates international trade rules, when NATO debates defence policy, when the UN debates the Charter on Human Rights, when the African Union debates continental responses to regional security issues, no single country is sovereign and all compromise their sovereignty in abiding by collective decisions.

But all stand to gain in the meaningful expression of national sovereignty if their tax revenues to spend on protecting human rights, security and trade are increased as a consequence of pooling sovereignty. The EU is the strongest embodiment of that mature understanding of the limits of national sovereignty in the world. The emotions that drive the desire to leave the EU remind me of a child or adolescent demanding total control. ‘The UK it’s mine, mine’. It is not the mature expression of the realisation of an independent adult that we are interdependent.

Understanding the limits of nationalism, of how any individual nation-state is not only part of the family of nations but is dependent for its sovereignty on a global economy over which it cannot be sovereign, is an expression of political maturity and honesty about the limits of the nation. Emotional nationalist appeals to ‘stand on your own two feet’ are no substitute for the intellectual maturity to accept the economic limits of sovereignty, and how accepting those limits openly actually increases the space for the most useful sovereignty as far as citizens are concerned – an economy large enough to produce taxes that can fund good quality infrastructure and universal services and alleviate poverty. It is the countries with the largest GDP/capita to tax that are best able to express their sovereignty – at a national level through public services and internationally in trade deals.

We need institutions if we are to manage our shared economic and political interests and redistributive responsibilities. Just because it is hard to continually hash out the balance of bureaucratic and democratic control in the EU, or because we are not happy with the present balance, is no reason to dismiss the need for these institutions in order in part paradoxically to exercise more sovereignty. The EU provides a means to exercise more control of international capitalism no individual European nation has the power to exercise – especially in preventing the continued erosion of the tax base on which meaningful sovereignty depends – through company tax avoidance, transfer pricing and company registration in secrecy jurisdictions that the Panama papers have revealed in the gory detail we have long needed.

Although there is a distinction between power and sovereignty, meaningful sovereignty is dependent on the money and power with which to express it. It is the size of their GDP that gives the USA and China the wealth with which to express their sovereignty. But it is the size of their GDP/capita that give Denmark and Norway the tax revenues per head of population the money to fund the best universal public services and welfare systems in the world. All four countries have the money to fund the performance of their nation in different ways – and it’s a very expensive piece of theatre. The EU is the second largest economy in the world. It provides the citizens of Europe an economy that is large and free enough to fund national public services through taxation. But it can also finance something else based in a more exciting ethical and political ambition. That is the expression of Europeans mutual obligation through redistribution – to iron out the worst disparities of national wealth.

How far to go towards the political integration of European nations to best govern the European economy in the interests of its citizens, like those of the world, is an open question – best answered so far by the principle of subsidiarity. The principle is that a central authority should have a subsidiary function, performing only those tasks which cannot be performed at a national level. For instance the so called ‘democratic deficit’ is produced in part by the present mis-match between monetary union overseen by the council of ministers without the fiscal union that is really necessary to make it properly functional in the longer term.

That process is deeply fraught as the UK referendum debates now constantly remind us. The appropriate response is not to walk away but to engage in the creative politics necessary to imagine the form a more meaningful pooling of democracy, as well as sovereignty, to govern the reality of our shared economic space requires.

The development of a shared identity necessary to make democratic governance meaningful to Europeans will only develop through shared political and democratic practice over time, just as they have for democracy within its constituent nations. Foreign policy, and South North migration in particular, may present the thorniest issue for the EU as regards the pooling of sovereignty. But even this demands the political imagination to create new life outside the mental carapace of the nation-state if the issue is to produce policy responses beyond increasing the voltage running through the razor wire and providing live ammunition to the soldiers and sailors at the re-erected national borders of Europe’s nations.

If we move the argument away from the economic facts that condition the limits of national sovereignty to the limits of nationalism for the expression of our ethics there appears to be a happy coincidence. I believe ethics worth believing in are universal. A globalised capitalist economy without democratic political control produces huge disparities of wealth and power between classes, regions and nations with all the suffering and risks of conflict that entails. Petty parochial debates about whether the UK contributes as much as it gets back to the EU miss this basic point.

A meaningful EU authority, like a meaningful UK authority within the UK, redistributes from rich to poor Europeans through welfare and public services. The EU also helps promote the creation of the wealth to be taxed for that redistribution and the defence of the rights of the workers who produce that wealth. We should use the EU to act as an inspiration for bringing together all nations of the world in a global union, for a more meaningful United Nations.

Only when the global economy is taxed, universal services are provided for all people and the global threat to humanity, and other species, of habitat destruction, pollution and global warming are controlled will any claims to beliefs in universal ethics have a practical institutional expression. It is a parochial ethics hardly worth the name in which only your family, your village, your fellow Londoners, or fellow Scots, or fellow Englishmen or Brits or Europeans lie within the circle of ethical responsibility.

But we lack the practical institutional means, in particular redistributive taxation and universal services, to extend our ethical responsibility towards each other to all humanity. Until we do the exercise of that responsibility will be severely constrained by the boundaries of the nation. In the meantime Europe provides Europeans with an institutional starting point for the journey towards that ultimate goal.’