‘I want to feel proud of Denmark, but it’s not easy’ 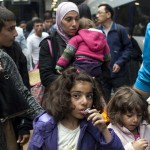 A new Danish law allowing police to seize refugees’ assets is a frightening example of how a country with liberal traditions can lurch to the right, says Sofie Gråbøl, star of the internationally acclaimed Danish TV crime series Forbrydelsen [The Killing]. And as she says in the interview  below, “More than ever, we need to live up to the humanistic values that our society was built on. The liberal and open-minded Denmark that I still know is hoping, desperately, that these days of nationalism are numbered.”

Moreover, as a brief video news report included below points out, in practical terms, the  tripling of the time many refugees will have to wait for their families to be allowed to join them is an even more serious aspect of the new legislation.

“I am having a hard time recognising my country right now. I want to feel proud about Denmark, but it’s not easy. I am in London at the moment and when I see the news that Denmark is allowing police to seize refugees’ assets, it hurts me. I think, “This is how we’re viewed.” We don’t realise how we are perceived abroad and I think this has damaged Denmark’s image immensely. We will have to make a lot of television dramas to reverse this, won’t we?

I feel it’s a pitiful waste. Denmark has so many resources; we are one of the wealthiest countries in the world and yet we want to stand in front of people who are in the most vulnerable situation and have travelled for weeks, and argue with them about whether the chain of gold they are wearing is sentimental or not. That is just appalling; we are talking about people who have lost everything.

What may seem odd or strange to people from other cultures is that we have a very strong and proud tradition of debate where everyone expresses different points of view. This has benefits, but it has but dangers, too. We have been used to the very right-wing Dansk Folkeparti – the Danish People’s party (DPP) – suggesting the most outrageous things for many years and we all assumed they were nothing to fear, that they were just in the corner.

But we were wrong. The DPP has grown massively, from a party that no one took seriously to becoming Denmark’s biggest rightwing party in last year’s general election. Now our prime minister is only governing the country with their support. In my view, this new law is a way of pleasing them, throwing them a bone in order to stay in power. It disappoints me that Venstre, the governing party, would stoop so low. A lot of politicians are protesting and some have left the party in shock at the rightwing direction they are taking.

Because this nationalistic feeling isn’t so new, what really shocks me is that the DPP suddenly have such a massive influence. I am amazed the law went through; the strong reactions from abroad should have given some objectivity, but it just didn’t.

It is frightening to watch them try to explain it all rationally. It is a symbolic law that won’t have any effect on any budget. It’s not rooted in economics; it’s emotional. The police are already saying it’s not workable – they’re not experts on an antiques show and they don’t have the knowledge or skills to judge what’s valuable or not.

All I am hoping for, in some absurd way, is that it will get so bad that the opposition will have to react more strongly. The biggest danger is moving the goalposts. If this is viewed as permissible, what law could they pass next? 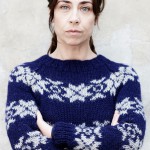 Sofie Gråbøl: ‘It disappoints me that the governing party would stoop so low.’Photo: DR / Tine Harden

I am still proud of Denmark; after Sweden, it’s the European country that spends the most on receiving refugees. I think that, more than ever, we need to live up to the humanistic values that our society was built on. The liberal and open-minded Denmark that I still know is hoping, desperately, that these days of nationalism are numbered.”

As told to Emma Cook