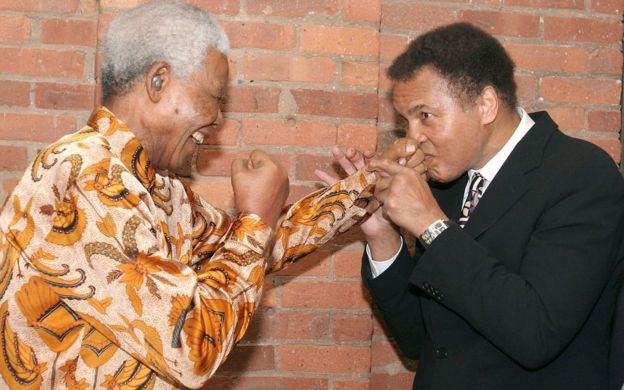 A great image from when Muhammed Ali and Nelson Mandela met in 2005, included in a recent BBC feature titled ‘Ali’s love affair with Africa’. Nelson, of course, had been something of a boxer in his day. And as he had said on a previous occasion, “Ali was not just my hero, but the hero of millions of young, black South Africans because he brought dignity to boxing.”

And to a whole lot of other people too, he might have added. 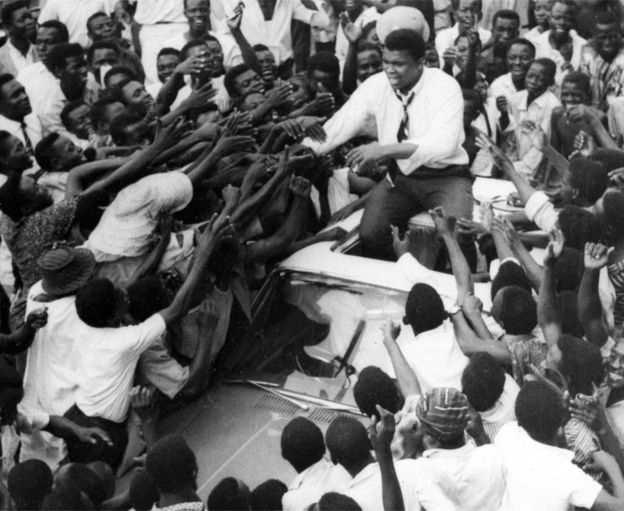 Ali  in Nigeria on his first African tour in 1964, where crowds welcomed him with chants of “king of the world” – Photo: AP