Here’s my latest effort to rebuff some of the nonsense peddled about the Sri Lankan conflict – in this instance pulling my recent book into the morass. 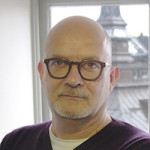 From Michael Roberts’ latest essay ‘Attempts To Rescue Pirapāharan Et Al In 2009’ (Colombo Telegraph, 5 April 2016) I see that I have joined the list of authors whose work has been subjected to his less than forensic critical attentions. In this instance his focus is the final stages of the Sri Lankan conflict. Rarely one for modest enterprise in this context, part of Roberts’ aim here is an attempt to show where – and how – others have got it wrong, and/or wilfully sought to mislead, over events in the final stages of the war.

I do not propose to tackle all Robert’s factual assertions or broad-brush claims, though many of them certainly warrant such critical treatment. Rather I shall confine myself to those that reference my recent book To End A Civil War: Norway’s Peace Engagement in Sri Lanka (Hurst), notably Chapter 11, ‘Endgame’, dealing with the conflict’s final stages.

Two distinct but related key issues present themselves in this context. The first concerns Norwegian efforts to persuade the LTTE leadership – in essence meaning Prabakharan – to agree to a proposal for what was described as an ‘organized end to the war’ via the good offices of ‘KP’, the Tiger’s chief arms procurer turned inter-national representative. The second concerns related efforts, led by the Norwegians but with support from the US in particular, to craft an actionable plan to evacuate Tamil civilians trapped in the war zone and secure the surrender – and safety – of all Tigre cadre bar Prabakharan himself and his security chief Pottu Amman.

First, on a relatively minor note Robert’s points to differences in the details of the peace plan relayed to the LTTE leadership by KP as reported both by me and by DBS Jeyaraj, the latter’s version being based on a very informative later interview h conducted with KP. Differences in recollection, especially at a distance of some years from the events, are hardly surprising – even if Roberts doesn’t seem to have noticed that balancing the Norwegian account of the plan, I also provide a summary of the Jeyaraj KP interview ‘version’. But the key point here – as Roberts, to be fair, points out – was KP’s belief, clearly expressed to the Norwegians, that Prabakharan would not accept such a proposal owing to the fact that, as I quote Erik Solheim saying ‘the LTTE leadership was living in a surreal world, believing in miracles’.

Next after briefly recounting the story – which I elaborate in the book – of a secret meeting between KP, other LTTE representatives and the Norwegians held in Kuala Lumpa in late February, Roberts returns to the subject of a ‘rescue’ mission to the North. In this context he refers to ‘a negotiated end to the hostilities’ as the goal of international peace efforts but with the rider ‘if Salter’s account can be relied upon’. This is a curious comment, because there is no need whatsoever to ‘rely’ on my account. (Although I’d of course be happy if Roberts did!) If Roberts had read the earlier sections of my chapter carefully he would have seen reference to a meeting of the Sri Lanka Co-Chairs Group, made up of Norway, the USA, the EU and Japan, held on 2 February 2009. (In this respect Roberts’ reference to ‘Norway and the USA’ as sponsors of a rescue plan needs adjusting.)

In particular, the meeting’s final statement called on the LTTE to initiate discussions on ‘the modalities for ending hostilities, including the laying down of arms, renunciation of violence, acceptance of the [GoSL’s] offer of amnesty, and participating as a political party in a process to achieve a just and lasting political solution’.

This statement, which as Solheim points out in the book was ‘not what either side wanted to hear’, provided the basis for international efforts to limit, and if possible stop the blood-letting that enveloped the war zone over the following months. And, if he so prefers, Roberts can take the Co-Chairs rather than my word for this.

In this context, too, it would be pertinent to point out that the impetus to develop a rescue plan did not come soley from international actors. From interviews with Tore Hattrem, former Norwegian Ambassador to Sri Lanka I learned (and reported in the book) that around the time of the February Co-Chairs meeting, Hattrem received a phone call informing him that there were ‘a strong voices’ within the LTTE calling for a ‘face-saving mechanism that would allow civilians to leave the war zone’.

Indeed, Hattrem went on to suggest that it was following this ‘message’ that efforts to pull together a rescue plan really began in earnest. First the ICRC was proposed for registering the names of cadre who surrendered, and the US soon added the suggestion of evacuation ships docking in the Vanni. This in turn provided the basis for deliberations over the coming weeks – noted by Roberts – on the modalities of involving US naval forces in the rescue operation. In response the GoSL was reportedly ‘hesitant’ over the proposal.

On chronology, at least, so far Roberts’ has followed the script. Now, however, he begins to lose it. Let me quote: “Basil Rajapaksa was the conduit through whom this international cabal explored such options. But Solheim and Salter – perhaps deliberately – do not tell us WHEN Rajapaksa or some other Sri Lankan dignitary was approached. This is a critical gap in my present stock of information. It is my surmise that Sri Lanka was only approached with this scheme late in the day, say mid-April or late April”

Where to start? While it is true that no specific date is given for communicating the rescue plan to Basil Rajapaksa is given – but deliberately? – the proposal cannot have been, and indeed was not a surprise either Rajapaksa or government as whole. if Roberts had read earlier section of the chapter he would have seen reference (pp. 340-341) to an SMS sent to Tore Hatrem in early January 2009 by ‘a high-ranking official close to the president outlining an amnesty proposal to the LTTE and including an offer to continue their struggle by political means, forming a political party’. Details of the official in question’s identity apart, this surely makes it crystal clear that in the early part of 2009, the Rajapaksa administration – or at any rate parts of it – were thinking along similar lines to the Co-Chairs, if not in details, at least in substance regarding the both the contours, and the desirability, of a peaceful end to the conflict.

Second, as I also note in the account of developments in February 2009, towards the end of the month Foreign Minister Bogollagama was quoted in media reports as pronouncing himself ‘aware’ of the Co-Chairs rescue initiative, while also stressing that the GoSL was talking to ‘other friendly countries’, India in particular, about the options for evacuating Tamil civilians from the Vanni. Thus at whatever point it was that Basil Rajapaksa was officially informed of such plans, they would almost certainly not have come as a surprise to him, and definitely not to the GoSL as a whole.

Indeed there is a final, clinching reason why Rajapaksa cannot have been in the dark. As I (again) report, following the secret February meeting with KP in Kuala Lumpur, Tore Hattrem debriefed him on its outcomes, notably KP’s pessimism regarding the prospects of his persuading Prabakharan to go along with the Co-Chair proposal, in response to which Rajapaksa was reportedly ‘disappointed’.

All in all, as I hope this account makes clear, the suggestion or insinuation – the latter is in fact more Robert’s style – that the Norwegians attempted to hoodwink or withhold vital information from the GoSL is simply absurd. A final word on the subject – from the book – goes to Bård Ludvig Thorheim, then First Secretary at the Norwegian Embassy in Colombo. Thorheim points out that media stories alleging a Norwegian attempt to save the LTTE, which began to emerge after the (supposedly secret) Kuala Lumpur meeting, soon faded.

Thorheim attributes this to the GoSL’s realization that if the Norwegians received too much criticism for having assisted the LTTE, ‘they could cover themselves by revealing that the government had been fully informed about all contacts with the LTTE, and had even passed on messages to the Tigers not long beforehand (the latter a reference to the ‘amnesty’ proposal SMS sent to Hattrem in January 2009).

Roberts saves his crudest and most absurd jibe for last – one, moreover, in which I am reduced to a mouthpiece, dubbed ‘Solheim through Salter’. Discussing the Sri Lankan Army’s behaviour in the final days of the war Roberts takes me – or rather Solheim-through-me – to task for demonstrating what he calls our ‘infantile military intelligence’. The evidence proffered for the charge of military infantilism is my reference to suggestions that SLA troops ‘fired or threw grenades into civilian bunkers as a ‘precaution’ against LTTE attacks’.

In response his argument could be summed up as: any old fool knows that advancing troops can’t check what they’re attacking – especially not if terrorists are mixed in with civilians. Well, if the case ever gets as far as an international court I don’t suspect that’s a defence that will get Syrian troops accused of barrel-bombing civilian districts of Aleppo held by ‘terrorist forces’ very far. Nor should it in Sri Lanka’s case – if and when the long-promised domestic courts eventually materialize.

What makes the critique even more absurd, moreover, is the fact that if Roberts had only bothered to read onto the end of the paragraph he quotes from so dismissively, he would see that I offer a clear explanation of the contextual factors that probably help explain the Sri Lankan Army forces’ use of this gruesome practice: during the earlier battle for PTK wounded Black Tiger cadres had allegedly hidden themselves in bunkers and then blown themselves up when an army unit passed by. (An alleged Army response at the time was for heavy army vehicles to flatten bunkers containing civilians.)

So there it is: the Robert’s critique, such as it is, of my book. And if any further response from him is forthcoming, it would be heartening to discover that it was informed both by a careful reading of the text itself, and an avoidance of fatuous personal jibes.