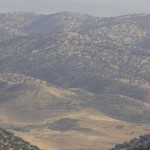 I was going to post this piece of Daily Mash political satire 2 days ago. And now it seems even more appropriate.

DAVID Cameron has called on Britain to flatten the last remaining bumpy bits of Syria.

Making his case for British airstrikes against ISIS, the prime minister told the House of Commons there was an outside lavatory 15 miles from Aleppo that still has its roof attached.

He added: “It stands there, being a toilet, brazenly defying our values. If not now, when?”

The prime minster then listed seven other small buildings across Syria that remain structurally sound, including a newsagent, a car wash and a fruit kiosk that could be sheltering up 20,000 ISIS maniacs.

He added: “We have learned the lessons of Iraq. Too many buildings were left standing in Iraq. And it was in those buildings that ISIS was formed.

“We will only bring peace to the Middle East when all the buildings have been destroyed and everyone has to stand around in the street.”

Meanwhile, Cameron has not ruled out sending troops to Syria to jump up and down on any small bits of the country still sticking out of the ground in a campaign codenamed ‘Operation Snooker Table’.