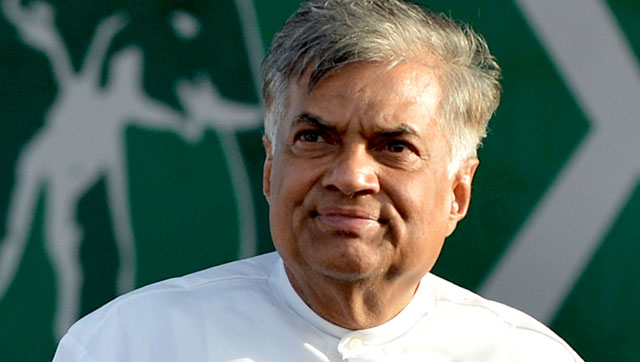 I have an op article assessing the post-electoral political landscape in Sri Lanka  in today’s Hindustan Times. It’s written jointly with Erik Solheim, lead Norwegian peace negotiator in Sri Lanka and a key interview source for my forthcoming book To End A Civil War: Norway’s Peace Engagement in Sri Lanka. The piece is below, and you’ll find it online here.

Roadmap to reconciliation: 4 challenges for Sri Lanka after polls

These are critical times for Sri Lanka. This week the country completed its second round of elections this year. A coalition led by Prime Minister Ranil Wickremesinghe scored a narrow victory. By contrast, presidential elections held in January ended in a surprise victory for Maithripala Sirisena, a veteran government minister who broke ranks with Mahinda Rajapaksa.

A notable feature of the latest election was Sirisena’s decision effectively to back the opposition coalition running against his own party, while also refusing to countenance Rajapaksa’s return to power under any circumstances. In many ways the campaign was a referendum on continued Rajapaksa rule. He lost, however, and Sri Lanka can now look to its future rather than its past.

While the Sirisena-Rajapaksa standoff may become less prominent, in another sense it will remain a critical factor. The muscular nationalism Rajapaksa cultivated among majority Sinhalese still poses a potentially serious challenge to reforming ambitions. It will be hard, for example, to achieve political reforms to address the legacy of conflict with minority Tamils without securing majority – Sinhalese – support for them.

Nor is this the story’s end. In September the UN Human Rights Council will consider a report into war crimes committed during the final years (and beyond) of the country’s civil war. Colombo won a deferral of the UN report’s release after it asked for more time to establish a domestic accountability mechanism. This means putting the legacy of the Tamil Tigers as well as Rajapaksa and his coterie on the spot. And it forces difficult choices on Wickremesinghe and Sirisena.

Almost six months on, they have pushed the real decisions forward, preferring to avoid moves that will upset parts of their support base. The real obstacles to movement – from Rajapaksa, from sections of the military – should not be underestimated. With its new majority, and with the UN soon to hand over its report, however, the government needs to begin providing clear indications of plans for addressing wartime accountability and, in the longer term, reconciliation.

The challenges confronting the new government are considerable. They include:

Corruption and restoring rule of law

Crony capitalism, mega-corruption, family fiefdom: many terms are used to describe the system Mahinda Rajapaksa put in place and – with help from brothers Basil and Gotabhaya – used to run the country for a decade. There’s no doubt, moreover, that much of the legacy of that misrule remains either still in place, uninvestigated – or both. As the recent election campaign made equally clear, however, corruption, impunity and good governance are very high on the public agenda.

Over the last half year the interim government has taken a number of important initiatives, notably establishing a Financial Crimes Investigation Division (FCID). At the same time, efforts to clean up corruption have been stymied by its past beneficiaries’ continued hold on power. That said, there is often talk of the billions the Rajapaksas are supposed to have stashed away abroad. Exposure of this abuse would undoubtedly assist in stabilizing the new government.

Beyond accountability issues there is a vital need to address reconciliation. One consequence of the triumphalist nationalism trumpeted by Rajapaksa is that relations between Sinhalese and Tamil communities have not been given the needed space – or support – to heal. On a raft of other aspects of the war’s legacy, too, there is likewise a pressing need for action. A few months ago a reconciliation office headed by former President Kumaratunga was established. That can potentially play an important role.

One of the first things ordinary Sri Lankans noticed following Rajapaksa’s ouster was a new atmosphere of public freedom. The result of Sirisena’s dismantling of security apparatus elements responsible for controlling and – all too often – terrorizing the public, it is unquestionably the most important reform to date. At the same time the use of forcible abduction, torture, rape and other forms of physical abuse appears to continue among sections of the military. While uprooting this culture, and more broadly restructuring civil-military relations will be assisted by Rajapakasa’s latest electoral loss, it will still not be an easy task. Ultimately, however, the success of attempts to build new relations between communities may depend on it.

The legislative success of the past half-year has been the 19th Amendment, fulfilling Sirisena’s campaign promise to abolish executive presidential powers installed by Rajapaksa in 2010. Beyond that, parliamentary gridlock has kept reforming aspirations in check. In a new legislature containing a government majority, however, now is the time to return to the constitutional reform agenda.

Add the need for rapid growth and inclusive development to unleash the Island’s true potential, and a recipe for challenging, but exciting times presents itself. All with Sri Lanka’s best interests at heart will be wishing the new government every success in charting the way forward.