The Muslim nation that saved Jews 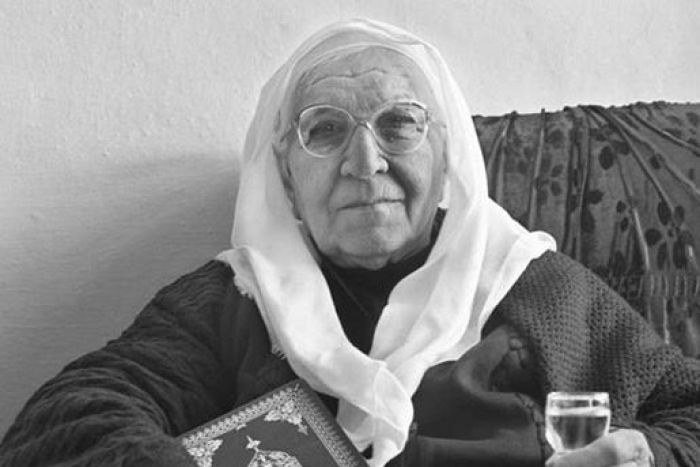 This is an account of an extraordinary and – to me at least – unknown corner of modern history. It concrns the determined efforts of Albania’s most Muslim population to protect both the country’s own Jewish communities and that of neighbouring countries during the Holocaust.

‘To look after your guests, your neighbours, is a matter of national honour’, says Dashmir Balla, whose family hid three Jewish brothers in their home during World War II, explaining the background to this story. Inspiring.

During the Holocaust, many individuals and small groups risked their lives to save Jewish people. However, it’s only in recent years that the world has begun to hear the story of the Muslim nation that opened its borders and welcomed Jews. Barbara Heggen reports.

Despite being occupied by Italy and then Germany during WWII, Albania not only protected its Jewish population but offered refuge to Jews from elsewhere in the region—and this is a country with a Muslim majority.

It’s such an important part of history that the world needs to know.    Dashmir Balla

The reason for this heroism lies in a concept known as Besa. It’s an Albanian word meaning ‘to keep a promise’. Dashmir Balla, former president of the Albanian Australian Islamic Society, says it’s a code of respect deeply embedded in Albanian culture. ‘To look after your guests, your neighbours, is a matter of national honour.’

As a result, Albania has no concept of ‘foreigners’ and visitors are regarded as guests. This honour system has remained constant throughout the country’s long history of being invaded. Mr Balla says that the Besa ethos goes hand in hand with the teachings of the Koran. ‘It dictates a moral behaviour so absolute that non-adherence brings shame and dishonour to one’s self and one’s family.’

During communist rule, Albania remained an isolated state and most Albanians were unaware of world events, including the fall of the Berlin Wall. The country’s leaders forbade religion, so no one spoke much of the efforts to save Jews.

After communist rule finally ended in 1992, Jewish survivors began returning to Albania to find, and thank, the Muslims who had saved them. ‘Because of the communist regime, the shutters had come down and this information was suppressed. Unfortunately, many Albanians didn’t know about it, but when I did find out I was very, very proud,’ says Mr Balla. ‘It’s such an important part of history that the world needs to know.’

Many extraordinary accounts of wartime courage and heroism in Albania have come to international attention thanks to American photographer Norman Gershman. He spent six years travelling throughout Albania interviewing and photographing the people who risked their lives to save others.

Jayne Josem, the curator and head of collections at the Melbourne Jewish Holocaust centre, says she too was surprised when she first learned of the story. ‘The fact that a whole country banded together to save Jews and the fact that they were Muslims, it totally fascinated me. I had to figure out how to bring the exhibition to Melbourne.’

The centre, in partnership with the Albanian Australian Islamic Society, is presenting an exhibition of Gershman’s photographs and screening his award-winning documentary Besa: The Promise.

Ms Josem says it is a beautiful story, which is once again bringing together people of different faiths. ‘We’ve come in closer contact with the Albanian community, we had an opening event and many local Albanians turned up, and they really are just wonderful people. It was one of the warmest events we’ve ever had at the centre.’

Editor’s note: this article has been changed to reflect the fact that Albania was not the only European nation which had a larger Jewish population in 1945 than 1939.

Besa: Code of Honour is on at Melbourne’s Jewish Holocaust Centre, until the 26th April