Dawn arrests in 5-Star Zurich hotels. A special press conference called by US Attorney Loretta Lynch to present a charge sheet of what she called “rampant, systemic and deep-rooted” international corruption spanning decades and involving eye-watering kick-backs, fixed tournament allocations and rigged presidential elections . . . Except we’re not talking about an authoritarian statelet here. Not in the slightest. No, this is all about the latest attention-grabbing developments in FIFA, world football’s governing body. 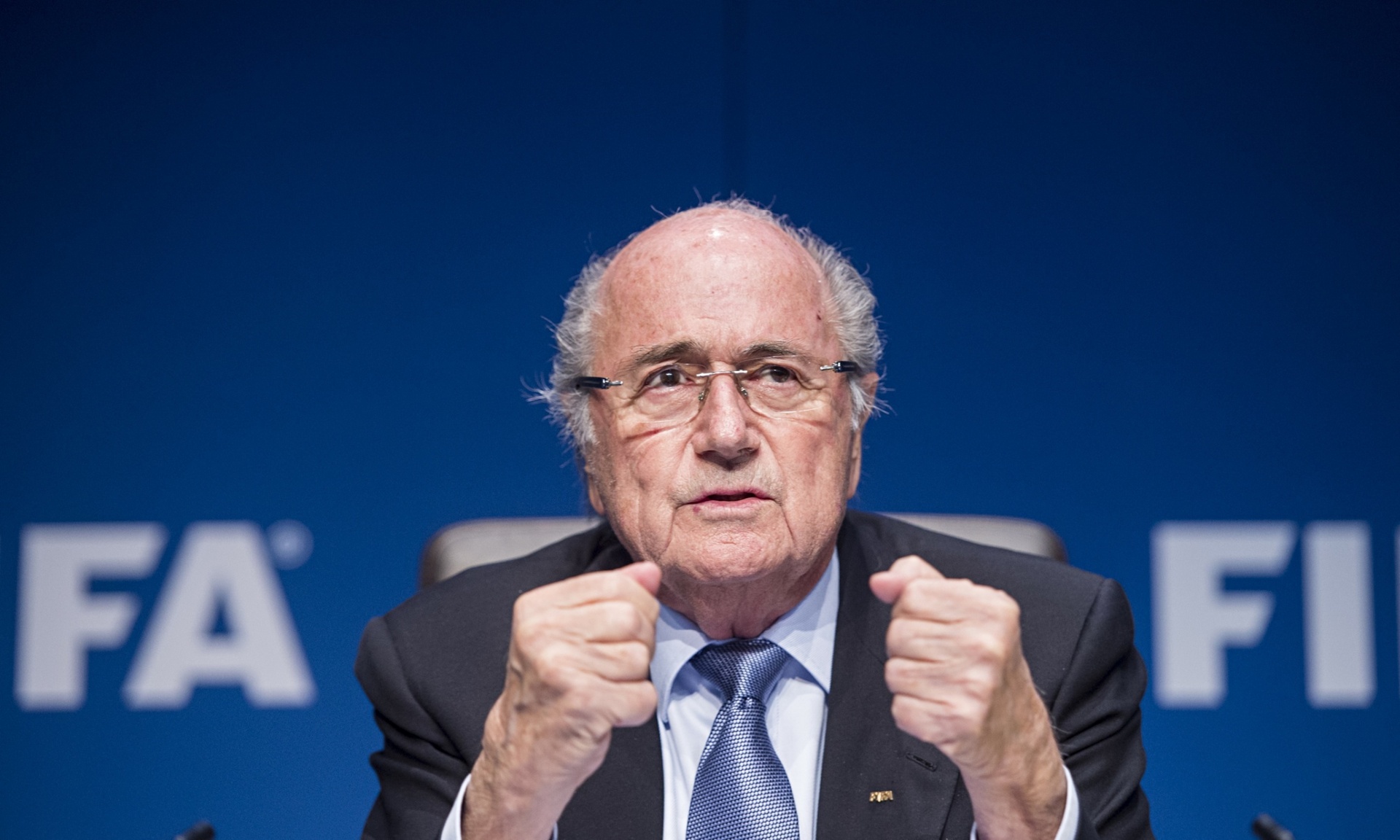 Here’s my old friend David Goldblatt’s take on the FIFA corruption scandal – an extraordinary story that he has been following closely, writing about and campaigning on for years. Predictably, much instant media coverage of the US, and now also Swiss criminal investigations is focused on the lurid details of the corruption charges: who paid how much to who, when and so on. In one sense this is both obvious and understandable, because by any standard the details are extraordinary.

A personal standout concerns Chuck Blazer, an American described as a ‘soccer dad’ who by 2010 had risen to the higher echelons of Fifa, football’s world governing body. Whatever it was he was doing for Fifa it was certainly proving remunerative. By 2011 Blazer had supposedly acquired two flats above Fifa’s regional office in  Trump Tower close to Fifth Avene Manhattan, in New York. Why two you may ask? Answer (reportedly): one for him – and one for his cats. The presumption is that Blazer managed this, morevoer, with his cut from the massive sums – allegedly in the $150m plus category – Fifa had allegedly received in bribes and kickbacks over the last 20 years.

Finally cornered by the FBI and US Internal Revenue Service over failure to pay tax on any of this not-so-mysteriously gained income, Blazer eventually agreed to co-operate with US law enforcement agencies. The result was a spectacular series of revelations over internal corruption in Fifa that doubtless contributed to to the charge sheet against Fifa read out yesterday by the US Attorney.

As I read it David’s main point, however, is the need to use this headline-grabbing development to focus on the causes of corruption in world football’s governance, not just its financial consequences, however outrageous they indeed are.

When it comes to global football governance, he argues, it is high time for ‘the politics of Fifa to be extended beyond the eternal insiders of the dysfunctional football family, the royal houses of the Gulf, and the stooges of authoritarian regimes and commercial interests that pass for representatives of the world’s football nations.’ To who? At the very least’, he suggests, ‘representatives of fans, players, football NGOs and grassroots football should have a seat at the table’. A modest but eminently democratising proposal.

Beyond the composition of governance structures, David argues for a rewrite of Fifa’s constitution specifying and intensifying the democratic and social obligations of its constituent members, and transforming its mode and rationale for awarding World Cups.. All in all such moves are, he suggests, ‘the bare minimum that the situation demands’.

‘Democracy is coming – to the USA‘, Leonard Cohen once sang famously. Who knows? Perhaps this time round a US-prompted inititative could actually help to kickstart a process of genuine democratisation on the international scene. Now wouldn’t  be something?