Thoughtful analysis, even if a bit tougher on India’s secular failings than the evidence perhaps warrants. Hilarious take on BBS Leader Gnanaserathough!

“Every post-colonial state in South Asia paid lip service to secular principle in the first decade of its existence before reconstituting itself as a kind of sole proprietorship run by its dominant community.”

No conspiracy theory about minorities is too implausible to cause outrage 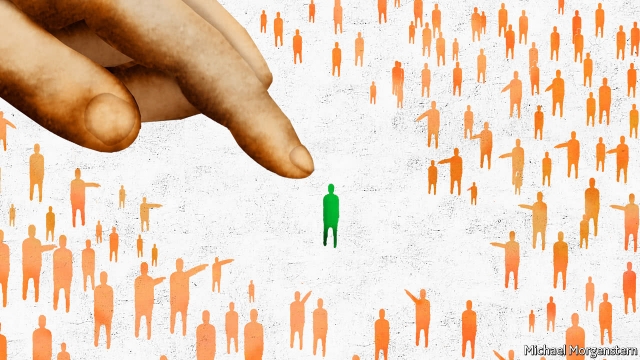 IT IS an unlikely weapon: a scuffed but sturdy Samsonite briefcase, sitting on a desk in a big house in a spacious garden in a prosperous suburb of Colombo, the capital of Sri Lanka. Its owner, shaven-headed, bare-shouldered, in bright orange robes and closely resembling Shrek, an adorably grumpy cartoon ogre, looks an equally unlikely warrior. Galagoda Aththe Gnanasara says he never travels without the case. Smiling, he pats the black plastic lid and opens it to reveal a heap of well-fingered papers. “This”, he says, “is my evidence.”

Mr Gnanasara is a founder of the Bodu Bala Sena (BBS) or Buddhist Power Force, one of several extreme nationalist groups that champion the rights of the three-quarters of Sri Lankans who happen to be Sinhala-speaking Buddhists. Sinhalese have historically dominated the island, a fact forcefully reasserted in 2009 when the Sri Lankan army brought to a bloody end a 26-year-long insurgency by mostly Hindu ethnic Tamils, the largest minority group.

Mr Gnanasara counts on his fingers the different threats his people now face: Wahhabist Islam, evangelical Christianity, international cultural invasion. Then he reaches for the briefcase. Here, for instance, is a six-year-old clipping from an Indian newspaper, claiming that Islamist terrorists undergo training in secret Sri Lankan camps. He waves another fading snippet, which alleges that 33 Sri Lankan Muslims have joined Islamic State. And there is more evidence: photos of an ancient Buddhist shrine that he says was destroyed by Muslims.

In “their” areas, says Mr Gnanasara, streets flow with the blood of slaughtered animals. Motorcyclists never wear helmets because Muslims do not respect national laws. They park haphazardly, so that when you scratch their cars they have an excuse to attack you. Mr Gnanasara fishes for an even more incriminating document. He finds a stapled report, with names of a dozen people who have converted to Islam in one village. In the past five years, he exclaims triumphantly, they have converted no fewer than 8,000 people!

When it is pointed out that Sri Lanka has, in fact, never experienced an act of violence attributable to Islamists, and that at this rate of conversion it will take the island’s Muslims about 10,000 years to convert the rest of its 21m inhabitants, Mr Gnanasara simply shrugs. His hoard of evidence does not really need to add up. In Sri Lanka, as across most of South Asia, surprisingly large numbers of people among groups that enjoy overwhelming numerical superiority seem eager to convince themselves that their identity is somehow in mortal danger.

Muslims have borne the brunt of such convictions in several countries. The most egregious recent example is Myanmar, whose 90% Buddhist majority felt so threatened by a Rohingya Muslim minority of barely 1% that it sanctioned burning, pillage, murder, rape and enforced exile. Targeted in occasional riots and ugly local disturbances, Sri Lankan Muslims have witnessed nothing of this scale or intensity. The hateful underlying rhetoric is not so different, however. Many of the instigators, as in Myanmar, also happen to be Buddhist monks. Indeed, the BBS has hosted Ashin Wirathu, a Burmese monk notorious for his inflammatory anti-Muslim rhetoric. Chauvinists in both countries borrow from the anti-Muslim tirades of Hindu nationalists in India, whose constant drumbeat of incitement gives rise to an equally constant stream of ugly sectarian incidents.

Muslim majorities, too, often resort to similar abuses. Bangladesh chased non-Muslim tribes into India, and its once large and prosperous Hindu minority has dwindled alarmingly in the face of constant pressure. In the name of orthodoxy, extremists in Pakistan, the original “Islamic” state, have viciously hounded not only Christians and Hindus but also Shia Muslims, Ahmadis and allegedly unorthodox Sufis.

Mukul Kesavan, a perceptive Indian historian, sees this region-wide propensity for majoritarian nationalism as a sad if natural outcome of the awkward struggle to build new nation-states. “Every post-colonial state in South Asia paid lip service to secular principle in the first decade of its existence before reconstituting itself as a kind of sole proprietorship run by its dominant community,” he laments.

This, he suggests, has partly been a result of the failure by the region’s mother-ship, India, to live up fully to its own secular ideals, and to the moral counter-example it seemed to promise against the less inclusive premise underpinning the creation of Pakistan. Since independence India has wobbled between two poles: an attempt to build a constitutionally bound state founded on equal citizenship and pluralism, and what Mr Kesavan calls “a second-hand nationalism derived not from the experience of the anti-colonial struggle but the majoritarian logic of ethnic nationalism”.

While this struggle has played out violently in all India’s neighbours—even tiny Bhutan, the country that invented “gross national happiness”, forcibly expelled a big, ethnically Nepalese minority in the 1990s—India’s large, messy democracy has managed to contain most of the passion, most of the time. These days many Indians despair at what often appears to be a rising tide of majoritarian nastiness.

Imperfect as they are, however, the country’s pluralist institutions still find ways of pushing back. In a recent ruling, the supreme court thunderingly rejected a lower court’s decision to separate a 24-year-old woman from her Muslim husband on the ground that he had enticed her to convert to Islam. “The constitution protects personal liberty from disapproving audiences,” the judgment declared. “Courts are duty bound not to swerve from the path of upholding our pluralism and diversity as a nation.”

Mr Gnanasara, alas, sees his duty as the opposite.