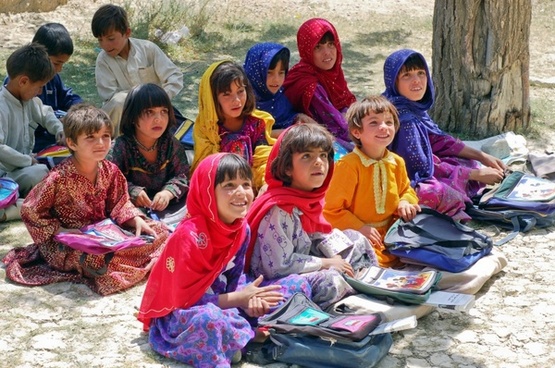 Here’s an excellent excerpt from a new book of letters to his son by a senior UAE diplomant. Sane and compassionate, amounting to nothing less than a call for a humanistic revival within Islam. Reccommended.

Published in this month’s issue of Foreign Affairs.

How to Survive in an Age of Extremism and Islamophobia

Saif, the elder of my two sons, was born in December 2000. In the summer of 2001, my wife and I brought him with us on a visit to New York City. I remember carrying him around town in a sling on my chest. A few days after we got back home to Dubai, we watched the terrible events of 9/11 unfold on CNN. As it became clear that the attacks had been carried out by jihadist terrorists, I came to feel a new sense of responsibility toward my son, beyond the already intense demands of parenthood. I wanted to open up areas of thought, language, and imagination in order to show him—and to show myself and all my fellow Muslims—that the world offers so much more than the twisted fantasies of extremists. I’ve tried to do this for the past 15 years. The urgency of the task has seemed only to grow, as the world has become ever more enmeshed in a cycle of jihadist violence and Islamophobia.

Today, I am the ambassador of the United Arab Emirates to Russia, and I try to bring to my work an attitude of openness to ideas and possibilities. In that spirit, I have written a series of letters to Saif, with the intention of opening his eyes to some of the questions he is likely to face as he grow ups, and to a range of possible answers.

For the full aritcle visit https://www.foreignaffairs.com/articles/2016-11-29/advice-young-muslims?gpp=MOGgN0rMKDBJEoL2sCRiHTpURURUME1XMmdsQkRpR0c5dVNKNk1xb3FDNUVpTS9YcWMrRDBZU2cvMERyQUcvVTQ1Sk5JcnRqNHNDV0NCS1hTOmUzYWM4MGIzZTE5MzRiMmI2MzNmYjI1ODI2YzEwMzZkMDE2N2FjMDU1ZGIwN2Y1YzkzODQ5YjU3ZDJiMzQxNzM%3D